What support is available to First Responders facing stress and
trauma on a regular basis? 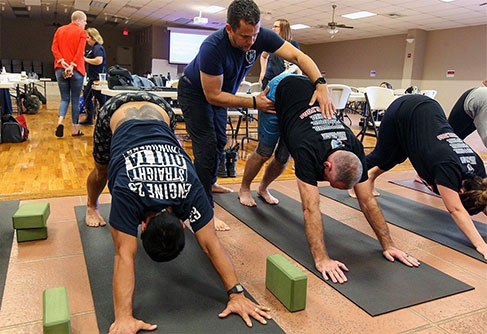 First responders recognize that stress is part of the profession and working conditions. A major hurdle to address stress in this environment is overcoming the common “the tough guy” attitude. What many officers might not be aware of is the long-term effects of chronic fatigue and the relationship between stress and fatigue. Not getting enough rest and not eating properly in order to fuel the body can increase the effects of fatigue. Being fatigued on-duty causes many issues, such as poor decision making and increased difficulties performing cognitive tasks. 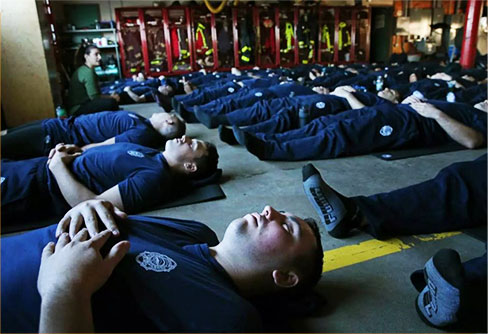 This issue of the Supplemental Research Bulletin focuses on mental health and substance use (behavioral health) concerns in first responders. It is estimated that 30 percent of first responders develop behavioral health conditions including, but not limited to, depression and posttraumatic stress disorder (PTSD), as compared with 20 percent in the general population (Abbot et al., 2015). In a study about suicidality, firefighters were reported to have higher attempt and ideation rates than the general population (Stanley et al., 2016). In law enforcement, the estimates suggest between 125 and 300 police officers commit suicide every year (Badge of Life, 2016). 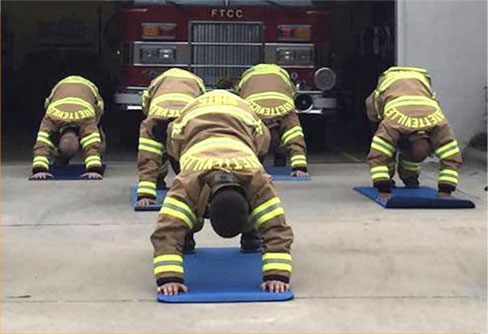 Nearly a third of police officers suffer from stress-based physical health problems, 40% exhibit sleep disorders, and 10–37% of first responders show symptoms of PTSD. Based in trauma-sensitive yoga, our program uses asana, breath, and affirmation to give this population an opportunity to increase peak performance on the job, while alleviating physical and mental effects of work-related stress and trauma so they can lead a more enjoyable personal life.